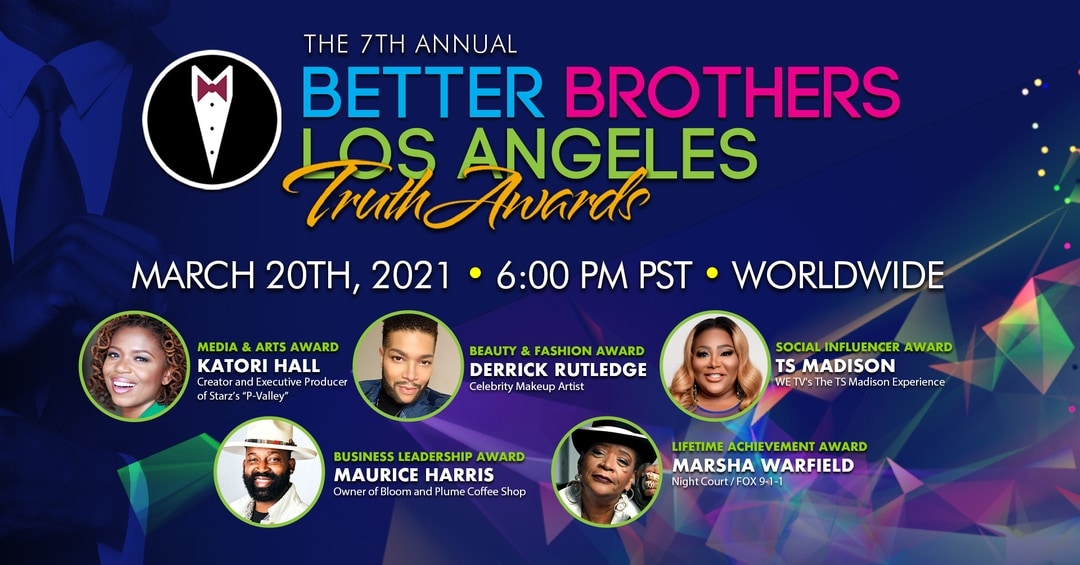 Better Brothers Los Angeles (BBLA) in association with award-winning actress/activist Sheryl Lee Ralph and her non-profit organization, The DIVA Foundation, are excited to announce the 7th Annual Truth Awards. This year's ceremony will be held virtually at 6PM on Saturday, March 20th.
The awards honor trailblazing LGBTQ+ African-Americans whose personal and professional accomplishments have positively impacted the perception and image of the Black LGBTQ+ community. The Truth Awards embody the belief that members of the Black LGBTQ+ community and its allies who embrace and live their truth should be celebrated and honored.
For more information, check out Better Brothers' Facebook page.