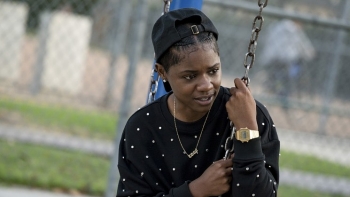 LA Weekly - From cutting hair to rapping to landing a standout role on Empire to her current gig on The CW’s All-American, playing a gay teen at a high school in Compton, Bre-Z is a strong, multifaceted, black LGBTQ standout on- and offscreen. Born in Philadelphia but raised in Wilmington, Delaware, she attended Full Sail University, then moved to Atlanta and began cutting hair. When the opportunity came to move to L.A. five years ago, she couldn’t pass up the sunshine of the West Coast and potential connections to be made here for her music. She soon met the right people — people who saw she had something more to share with the world. L.A. Weekly talked with the hot actress-rapper about her swelling success.

LA Blade - “One of my goals was to put a lesbian on camera — on film — in the 20th century and now into the 21st century, because when I began there weren’t any that I could find.” – Barbara Hammer 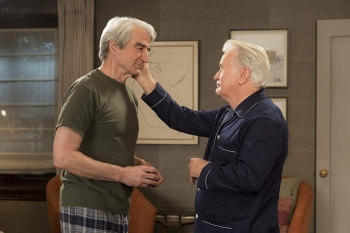 LA Weekly - Michael Cooper - Every year the Paley Center for Media showcases television's biggest hits for PaleyFest L.A., creating a unique experience for fans to come together for a screening and Q&A with the cast and creators. While the lineup always includes TV's hottest current shows (and sometimes reunions from past shows), this year's lineup in particular demonstrates a growing trend in LGTBQ representation on television. And I'm talking about positive representation.

The indictment by a grand jury of out gay actor Jussie Smollett on 16 counts of disorderly conduct (after he allegedly planned and staged a hate crime on himself) has not been good for the community, obviously. While his character on Empire, Jamal Lyon, opened up important discussions for the LGBTQ community, especially for gay people of color, his alleged actions in real life did just the opposite. 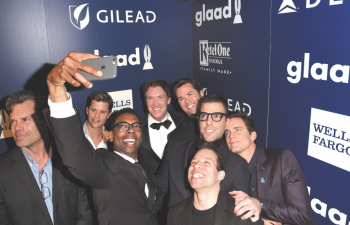 the Pride - Rich Ferraro has been working with GLAAD for 10 years. In that time, he’s been able to see queer representation in global media catch up to the way queer folks live their lives today. Starting with only a handful of nominees in the early days, the hyper-visible award show is now a place where LGBTQ+ can go to see themselves reflected all around the world. The Pride L.A. caught up with GLAAD’s chief commercial officer to talk about progress, inspiration and how far we’ve come.

Read more: In 30 Years, GLAAD Has Come a Long Way

LA Weekly - Michael Cooper - It has been referred to as the "gay Super Bowl," and this year, the Oscars lived up to that label. While the nominees and telecast have been accused of lacking diversity in the recent past, Sunday's presentation of the 91st annual Academy Awards ceremony was just the opposite: On the red carpet, on the stage and in the roles awarded, LGBTQ visibility was front and center this year, and it was pretty awesome.