LA Blade - Pete Buttigieg got a big boost Thursday with the endorsement of Equality California, the nation’s largest statewide LGBTQ civil rights organization. Mainstream outlets chocking it up to yet another endorsement in the cascade of hopeful persuaders before Iowa – assuming the endorsement may eventually matter a month from now when Californians hit Super Tuesday — are missing the point. Equality California has an affiliate, Silver State Equality, in Nevada, the early state after South Carolina which holds their caucus on Saturday, Feb. 22 — and Californians start their early vote-by-mail this Monday, the same day as the Iowa Caucuses. 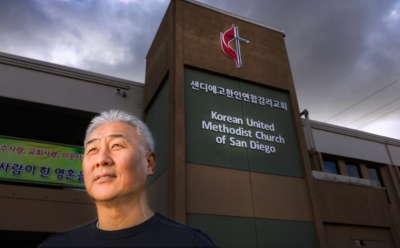 LA Times - Sexual issues lead to many divorces, including the threatened split in the United Methodist Church. Divided on same-sex marriage and the status of LGBTQ believers, the nation’s third-largest Christian denomination — after Catholicism and the Southern Baptist Convention — may soon break up. 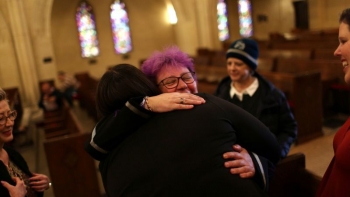 When he was about 10, he realized he liked other boys. So Baudler, who grew up in a conservative church in Iowa, made himself a promise: If he made it to 20 and still felt the same way, he was going to kill himself. He moved to California, where he found Hollywood United Methodist Church.

LA Times — Pastor Roger Jimenez implored his congregation at Verity Baptist Church to separate themselves from the ways of a modern, wicked world.

“The United States of America is on a rainbow-colored boat, and we’ve gotta shake that boat up,” Jimenez said.

And special guests appeared, including State Sen. Kevin de Leon and famed attorney Gloria Allred, who filed a lawsuit in 2004 on behalf of Perry, his husband Phillip De Blieck (they were married in Canada on July 16, 2003) and Robin Tyler and Diane Olson that ended up helping win marriage equality at the California Supreme Court.