LA Weekly | Dennis Romero - Back in 2013, then–L.A. Weekly staff writer Patrick Range McDonald complained that L.A. Pride had become an "outdated, adolescent mess," a celebration more about good times than about "fighting for our right to serve our country, to legally marry the person we love, to be out and not be fired for it and to play in professional sports without some kind of retribution."

Pride, McDonald said, should be "a political statement." Well, now it is. This year, L.A. Pride's annual parade will be taken over by the June 11 Resist March, organizer Brian Pendleton says.

WEHOville.com | Larry Block - This very articulate, passionate, determined, seasoned and proud gay man said he was going to propose a protest – Resist — for pride and no parade. I listened to his proposal about beginning this protest from Hollywood to West Hollywood Park. “No parade,” I asked, “Why? Why can’t you do the protest to Crescent Heights, and then we celebrate with a parade?”

I kept sticking to those guns, and Brian Pendleton kept sticking to his guns, and then we discussed logistics. How could it move forward, given the timetable and sense of urgency? Brian had a meeting that night with CSW, and I promised my support if he could move this ball forward.

thepridela.com | Editorial by Troy Masters - Christopher Street West faces too many logistical nightmares in producing the three day Festival portion of LA Pride, issues that are jeopardizing the event and rankling critics, music festival or not.

Organizers are tasked with cramming a mega event (for which it charges) into an ever shrinking micro space.

WEHOville.com | James F. Mills - With West Hollywood Park construction reducing the space available for the annual pride festival and a protest march replacing the pride parade, this year’s LA Pride in June may prove to be a vastly different experience from recent years.

That was the message coming out of a community meeting on Wednesday night where leaders of the Resist March and Christopher Street West (CSW), the group that produces LA Pride, discussed this year’s pride events. 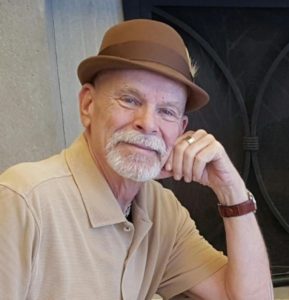 THEPRIDELA.COM | BY TROY MASTERS - Christopher Street West, the non-profit organization that manages and produces LA Pride and the multi-day festival associated with it, is facing renewed criticism — and a critical juncture — only days after a high-profile board resignation revealed little in the way of promised changes. In the midst of the turmoil, West Hollywood City Council must now decide how to move forward.

In recent days, Dan Morin (pictured), a 73 year old gay man who joined the board only recently “because of the serious problems connected with CSW last year,” resigned. After being asked to sign a non-disclosure agreement, Morin felt his ability to advocate for changes he felt were necessary to preserve the legacy of Christopher Street West were muted.

Read more: LA Pride gets a close up at tonight’s WeHo City Council meeting…make that should