The “Power of Our Pride” event will take place Oct. 10, the day before National Coming Out Day, at the Novo and will be aired on CNN. The activist group says the town hall marks a historic first. It will be the first LGBTQ-focused presidential event broadcast on a major news network.

LA Blade - Democratic presidential candidate Pete Buttigieg could barely get through five sentences before being interrupted by applause from the packed crowd of about 1,500 people at the Avalon Nightclub in Hollywood Aug. 27. But one question toward the end of the nearly 40-minute grassroots fundraiser asked by an undecided voter prompted laughter, applause and got directly to the point.

“I’m completely undecided. So what can you say to convince me to vote for you? What makes you different from all the other candidates?” 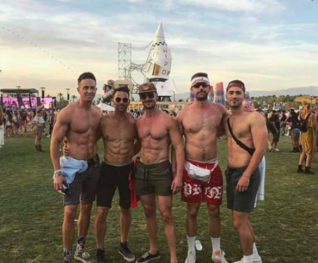 WEHOville - What happens at Coachella doesn’t stay at Coachella, to the likely disappointment of Keith Anthony, a gay West Hollywood fitness trainer and member of the city’s Business License Commission.

Anthony and his boyfriend, Tyler Tixier, were photographed hanging out at the desert music festival this past weekend with Aaron Schock, the former GOP congressman from Illinois who is infamous for his anti-gay voting record and alleged misuse of federal money. 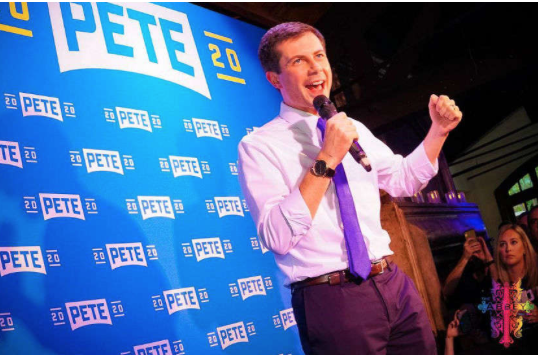 Attendees at The Abbey each paid about $25 to attend the grassroots event for Buttigieg, the mayor of South Bend, Indiana, who was introduced by his husband, Chasten.

“If anybody tells you whether they’re not sure if America is capable in these twisted and dark times of delivering or vindicating our hopes,” Buttigieg told the crowd, “tell them you saw at The Abbey in West Hollywood the top tier presidential candidate on his way to the White House, moments after his husband introduced him.”

Read more: Pete Buttigieg At The Abbey: Sold Out Fundraiser

LA Blade - The quietest shift happened at the Human Rights Campaign gala in Los Angeles last weekend. The stage was populated with more women, trans women and people of color than rich white gay men. And it was so normal, it went unnoticed.

In fact, after champion skater Adam Rippon opened the show announcing that unfortunately singer Christina Aguilera was unable to attend to accept her Ally for Equality Award, formidable trans singer Shea Diamond came out, joking she’d dressed to impress the music icon, and launched into “American Pie” with such style and power no one was thinking of Aguilera five minutes later.