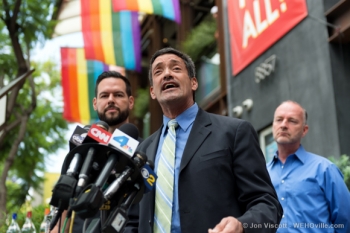 WEHOville - That’s the message West Hollywood Mayor John Duran has conveyed on his Facebook page in response to a wave of demands that he leave the City Council or at least step down as mayor.

Duran acknowledged that there have been three allegations by young members of the Gay Men’s Chorus of Los Angeles, whose board he has long chaired, that he made sexually inappropriate comments to them or touched them inappropriately.

Read more: ‘Hell No!’ John Duran Says He Won’t Step Down as Mayor of West Hollywood 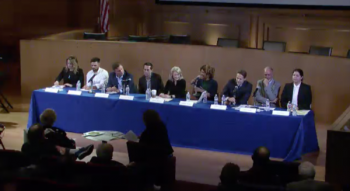 LA Blade - Homelessness, affordable housing, development, traffic, mass transit and the burgeoning cannabis business dominated the discussion at the Jan. 29 West Hollywood City Council Candidate Forum. The forum— sponsored by the West Hollywood Chamber of Commerce and the League of Women Voters of Los Angeles—was moderated by out KNBC reporter Robert Kovacik who asked questions drafted by the Chamber and voters.

In response to today's decision by the U.S. Supreme Court to allow President Trump's ban on transgender people serving in the military to go into effect while lower court cases continue, the Los Angeles LGBT Center issued the following statement:

"The Supreme Court’s decision today to grant the Trump administration's request to allow temporary enforcement of its ban on transgender people serving in the military is both wrong-headed and morally repugnant.

LA Weekly - Michael Cooper - Blessed be the fruit: In a story straight out of The Handmaid's Tale, news broke a few weeks back that Vice President Mike Pence's wife, Karen, is teaching art part-time at Immanuel Christian School in Springfield, Virginia, which bans LGBTQ students, parents and faculty from the school. This is not the first time Karen Pence has taught there, either — she was the school's art teacher for 12 years when her husband served in Congress. The Pences’ daughter Charlotte attended the school. 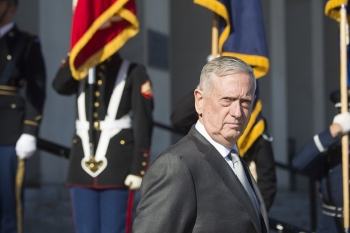 LA Weekly - Michael Cooper - On Tuesday, Jan. 22, the Supreme Court delivered a major blow to the transgender community when it voted 5-4 to allow President Donald Trump's transgender military ban to stay in place while it's challenged in the lower courts. The policy was first announced by Trump in July 2017 on Twitter and then formally announced by then Secretary of Defense James Mattis in March 2018. It banned any "transgender persons with a history or diagnosis of gender dysphoria. Individuals who the policies state may require substantial medical treatment, including medications and surgery are disqualified from military service except under certain limited circumstances."