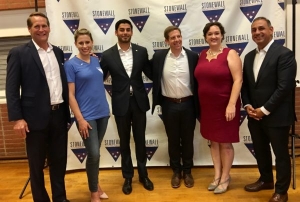 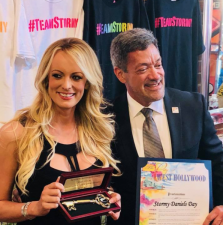 LA Blade - West Hollywood Mayor is not assuming a “What, me worry?” posture, but he’s also not freaking out that the FBI told him Wednesday his name was on Cesar Sayoc’s assassination hit list. Sayoc is the Donald Trump super-fan accused of mailing more than a dozen pipe bombs Oct 29 to Trump critics and leading Democrats, including Presidents Obama and Clinton. Enforcing a search warrant of his home and van, the FBI found a list of more than 100 other potential targets, including Duran. 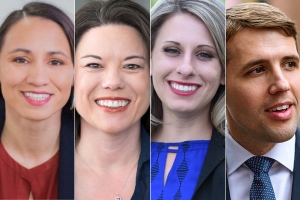 LA Blade - The LGBT caucus in the upcoming Congress will get a sizable boost in the aftermath of victories of gay congressional candidates on Election Day.

Three gay and lesbian non-incumbent candidates — Angie Craig in Minnesota, Chris Pappas in New Hampshire and Sharice Davids in Kansas — were confirmed the winners Tuesday night in the bid for seats in the U.S. House amid “blue” victories that propelled Democrats to take control of the chamber. 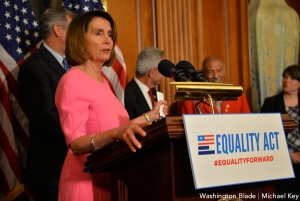 LA Blade - After a disappointing election night in 2016 and two years of President Trump in the White House, Democrats came back with an important win Tuesday night and were projected to win control of the U.S. House — a victory celebrated by LGBT rights supporters eager to thwart the administration and advance equality measures.

NBC News and Fox News declared at late Tuesday night Democrats would win enough seats on Election Day to take control of the House, marking the first time since 2008 Democrats won a majority of seats in the chamber. 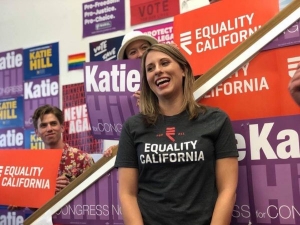 “Trump has stoked a cold civil war in this country. His rallies brim with menace and he has labeled journalists as enemies of the people,” Schmidt tweeted after a lone-wolf mass mail-bomb assassination attempt against Trump’s Democratic hit list was uncovered.

Read more: What’s next after the Democratic House victory?