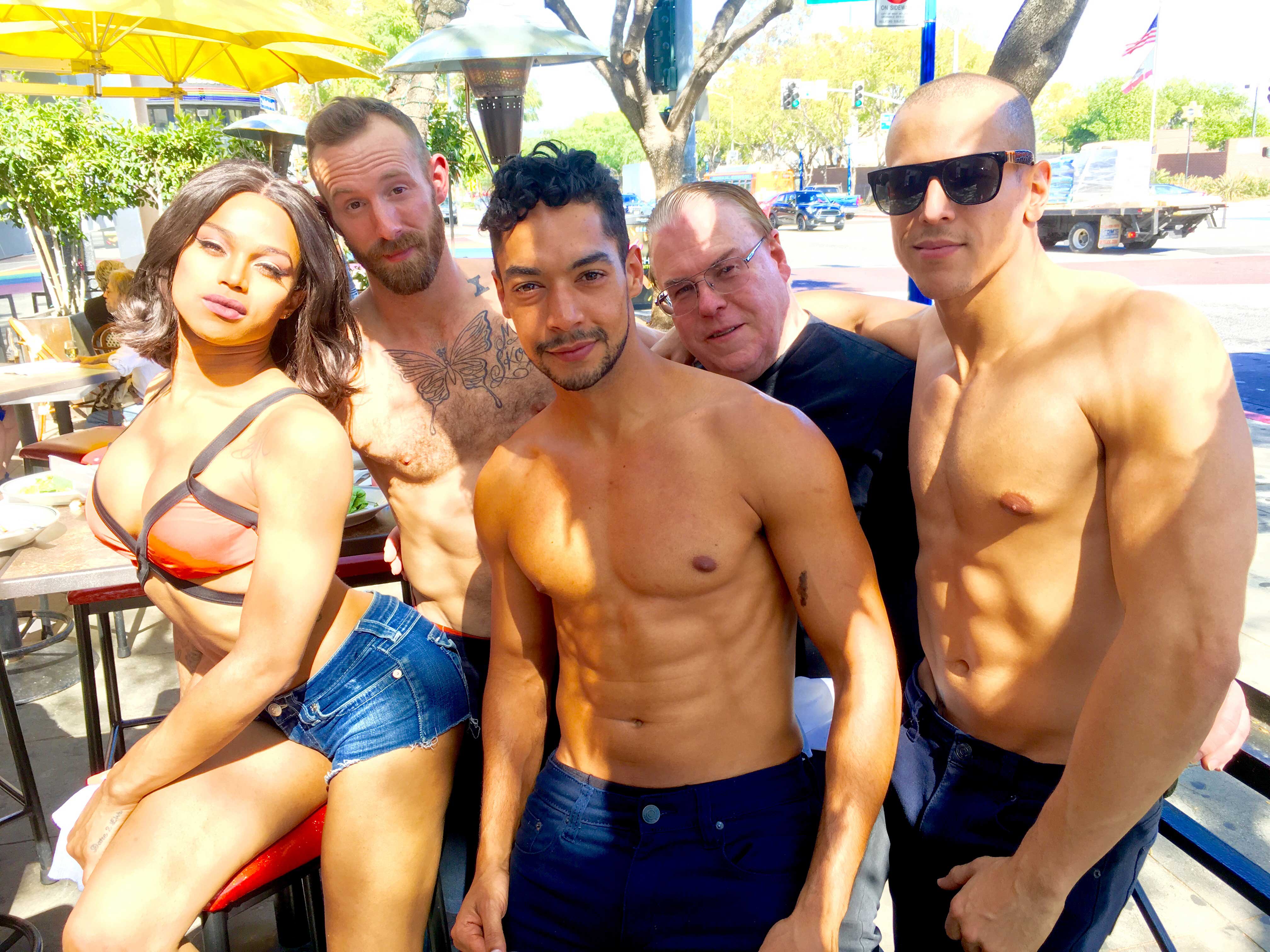 WEST HOLLYWOOD - Live and direct from the city synonymous with sexy, The WeHo parTy boys all-male revue brings West Hollywood's unique brand of sexy sizzle to life with an all new burlesque show filled with the smoothest moves and hottest grooves!

The boys are ready to take your breath away with two hours of teasing and pleasing, featuring fully choreographed dance routines, revealing costumes and provocative storylines that leave little to the imagination.

After years of combing the clubs of Boystown and leaving no stone unturned, Entertainment Ventures International (EVI) brings to the stage the most talented group of male strippers ever assembled.  We spoke with Jim Beatty, Director of Operations at EVI (pictured second from right) about the Boys.

How does one become a WeHo parTy boy? What was/is the process behind the selection of the boys and what qualities do you look for?

We are utilizing skilled professional chorus dancers, like one would see in the ensembles of touring musicals and off-Broadway productions. They also need to be HOT, SEXY, UNINHIBITED, and CHARISMATIC.

Who's behind the choreography and describe what goes into the preparations for a show?

Michael Silas is the AMAZING and talented WPB choreographer, and creator of all their routines. Each dance is customized to original music, or vintage dance hits which packed the gay clubs "back in the day."

West Hollywood is a mecca of hot, shirtless boys. What makes the WeHo Party Boys special?

The WPB are professional chorus boys, and not untrained gyrating West Hollywood go-go dancers. These guys dance with the likes of Lady Gaga, Ricky Martin, and Mariah Carey for example.

You have lived in Los Angeles for a long time and were here during the disco days. You probably have a lot of stories to tell, but is there one that stands out that our Gay in LA boys might appreciate?

I used to write the 'idiot' cards for Joan Rivers when she performed at Studio One, because she could easily read my penmanship. I also co-booked talent at Studio One's cabaret shows "Monday Nights at the Backlot" hosted by emcees such as Sally Struthers, Donna Pescow, Julie Brown, Sandra Bernhard, Charles Nelson Reilly, Richard Deacon, and Rose Marie. Other than Joan Rivers, probably NONE of those other people would be recognizable to your readers today.

The WeHo Party Boys recorded a single called "Don't PnP with Tina". What was the motivation for that record and where can we hear it?

"Don't PnP with Tina" warns the gay community about the dangers of using the drug crystal meth, in a 'don't do it' manner, the same way that the smash club hits "White Lines" and "White Horse" did years ago with cocaine and heroin abuse. You can listen to "Don't PnP with Tina" on the SONGS page of www.wehopartyboys.com

You are no stranger to the record business. Tell us a little bit about your background.

I was partnered in a company which produced and distributed some of the first music videos. We provided gay dance music to West Hollywood bars and nightclubs in the mid-1970's, and assisted in the crossover of this music to mainstream straight entertainment venues.