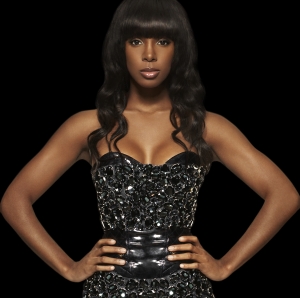 We all know who Kelly Rowland was, but it’s a NEW Kelly Rowland! And I LOVE HER! She has dominated the Dance Charts with one of my favorite songs, “When Love Takes Over” and recently won her first Solo Grammy! Kelly headlines GirlBar Dinah Shore Week’s 20th Anniversary Saturday, April 3 at the newly renovated Renaissance Grand Ballroom in Palm Springs 8pm.

Other performers confirmed for Girl Bar Dinah Shore Week include R&B powerhouse Kelis, actress/comedian Jennifer Coolidge and singer and guitarist Orianthi, who audiences came to know from Michael Jackson's This Is It.
“When Love Takes Over” was one of the biggest Dance Songs of the year. How did winning your own Grammy differ from winning Grammys with Destiny’s Child?
It’s always an honor to receive a Grammy but once you receive one on your own it’s a sense of validity! It makes me want to go out there and work even harder.
What was the last song that you listened to that you honestly enjoyed?
“Rudeboy” By Rihanna, I love that song and I love the music video!
What are you currently listening to in your iPod/ mp3 player?
Because I am recording my new album Im listening to myself. It’s not an ego thing, lol I just don’t want to be influenced by any outside source. I want to stay focused and give my fans “me”.
Tell me a bit about the sound of your upcoming record. I’ve really been inspired by David Guetta, I love the energy in the tracks and I love dance music. The new record is going to be Dance fused with Urban Sounds.
If you had to pick ONE artist to sing with dead or alive who would it be?
Whitney Houston, she has been in the business for so long and was the person that inspired me to sing.
Is there one celebrity that you are still “star struck” by?
Whitney Houston! Lol and Sade, I still haven’t met her and if I met her face to face I would be speechless; I wouldn’t know what to say.
After being in the music business for so long, what keeps you so focused and motivated?
I just feel like I’m not done yet, I have so much more to offer my fans. There is so much more to do!
Give us 5 words that would accurately describe a Kelly Rowland Experience on stage.
Fun, Live Vocals, Entertaining, Energy
How does it feel to perform in front of a nearly all female audience? Are you doing anything different in your show because of that?
I feel that it’s important to be me wherever I perform. I’m at a point now where I’m comfortable just being myself on stage!
What are you looking forward to most about performing for the girls @ Girl Bar Dinah Shore Week?
Having lots of fun with my Lesbian fans, I love them so much and I can’t wait to see them at GirlBar Dinah Shore Week! Don’t Be Tardy for the Party!

For more on the world of Kelly Rowland please visit www.kellyrowland.com/