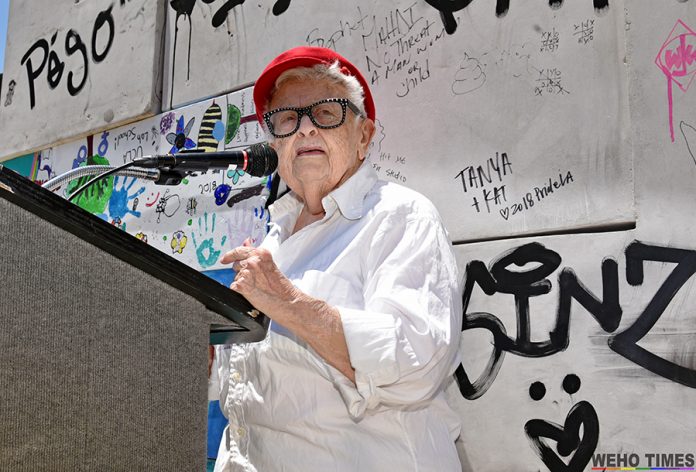 WEHO Times - Beloved West Hollywood activist, feminist and LGBTQ advocate, Ivy Bottini, is not doing well and has gone into hospice, according to family, who reached out to West Hollywood Council member Sepi Shyne.

Council member Shyne posted the following message on her social media this morning:

I have some sad news to report about our beloved Ivy Bottini. I briefly spoke to Ivy’s daughter Lisa a few days ago and she is not doing well. 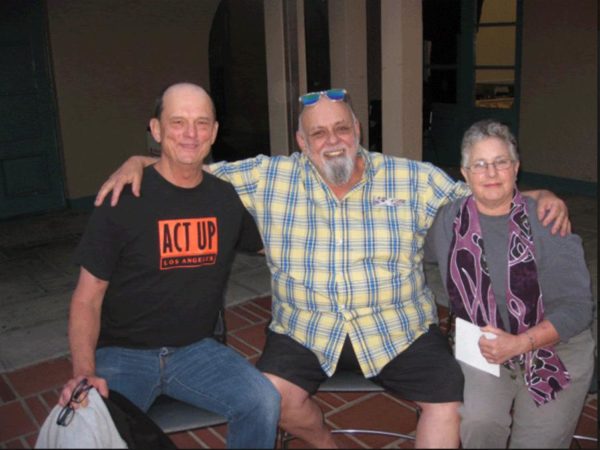 The Blade - Gay pioneer Lee Mentley ended his often snarky emails with “HRH Lee Mentley Your very own…, old, miserable, cranky, S.O.B…!” The insightful self-reflection brought a smile to readers who knew the longtime gay movement pioneer as a lovable, astute and kind curmudgeon who participated in and facilitated the San Francisco art scene that created the iconic Rainbow Flag.

LGBT News Now - The first meeting of Ebony Sage Circle to take place after the killing of George Floyd last May had to be virtual because of the COVID-19 pandemic. But the devastation and rage among the participants was palpable on the computer screens.

“There was lot of emotion—heavy emotion,” recalls Clarence R. Williams (pictured, above), one of the co-founders of this Los Angeles LGBT Center Senior Services social group. “For once, this modern-day lynching of a Black man before the world just brought up everything—with participants saying, ‘No more! This needs to change, and change right now, because we cannot step into the rest of this century with all of this lingering from 50 or 60 years ago. We have to fix this now.’”

February is Black History Month, so who better to interview than Vincent Holmes and Scott Hamilton, founders of Better Brothers Los Angeles.  Better Brothers supports the Black LGBTQ community and is responsible for the annual Truth Awards which recognizes people of color and awards scholarships.

JQ International is proud to debut a new awards experience, The JQ Virtual Impact Awards, co-chaired by Lynn & Les Bider and Todd Shotz. The Impact Awards continues our legacy of honoring those who have helped us strengthen the lives of LGBTQ+ Jews and their allies—held as an engaging and interactive online gathering.

Join us for entertainment, a silent auction, and a live awards reception from the comfort of your own home on Sunday, February 21, 2021, at 11:00 am Pacific Time.

The event will be hosted on a virtual platform and offer opportunities to mix and mingle with other guests. Before the event, we will send a unique link and passcode to join the event. We look forward to seeing you and celebrating those who represent the best of the LGBTQ+ and ally Jewish community.

Standard tickets are $180 and tax deductible, but no one is turned away due to financial barriers.  For more information, click on the registration link below.

Since 1993, the City of West Hollywood has presented Rainbow Key Awards to those who have made outstanding contributions to West Hollywood’s gay and lesbian community. These contributions, by an individual or a group, may be in many forms, including the arts, community action, humanitarian action, sports, medicine, armed services, leadership potential, benefit to the global gay and lesbian community, or other ways.

Nominations are due no later than Thursday, February 25, 2021. The Lesbian and Gay Advisory Board will review nominations and present recommendations to the West Hollywood City Council. Questions: please call (323) 848-6510.

Fill out the online nomination form.