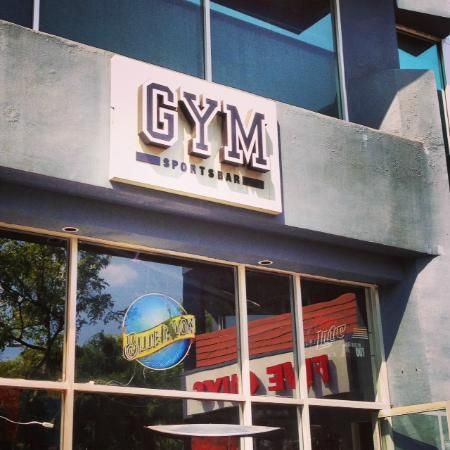 WEHOville - When Gym Bar reopens at its new location, it will officially change its name to Gym Sports Bar and Grill and begin serving food.

“We’ll have an American menu – burgers, fries, wraps, chicken sandwiches, some breakfast items,” general manager Gio Vitulli told WEHOville. “It will be the typical food you would expect to find in a sports bar, but it will be a little bit healthier.”

Today the Los Angeles LGBT Center’s Board of Directors announced Joe Hollendoner, CEO of San Francisco AIDS Foundation, will become the Center’s next leader. Hollendoner will assume the role of executive director on July 6 and work with Center CEO Lorri L. Jean prior to succeeding her as CEO upon Jean’s retirement in July 2022.

“It is an honor of a lifetime to be selected to lead the Los Angeles LGBT Center following such an iconic leader as Lorri Jean. I look forward to working with the Center’s board, staff, and partners to ensure that the Center not only continues to be a trusted provider of care to the communities it currently serves but that we deepen our work to address the racial disparities and systemic racism that prohibits all members of the LGBTQ+ community from thriving,” said Hollendoner. “I also remain committed to maintaining and expanding the Center’s role as a national and global LGBTQ+ movement leader.”

KCRW - Some LGBTQ bars in LA have closed permanently during the COVID-19 pandemic. Others are struggling and using GoFundMe campaigns to help pay the bills.Photo by Pixabay.

Over the last 10 months, the newly built stage at Redline in downtown LA has sat gathering dust.

“I built this stage all by myself with a couple gift cards from Home Depot. I wanted to give performers something to look forward to when they come back after this pandemic,” Redline owner Oliver Alpuche says.

Good Morning Comrade: When I was a lost gay teenager and desperate in my twenties, there was no visible gay elder or adult anywhere that could help me discover my gifts and heal from institutionalized hetero supremacy. My life was spared by taking silent refuge in Walt Whitman’s poetry.

One of the building blocks of my subsequent life as a gay community organizer has been the lived wisdom President Biden shared above in his Inaugural address.

If possible, could you lend us a hand? We are a grassroots, intergenerational group of gay/queer men ranging in age from 20 to 82 who could use your assistance.

Read more: Becoming a Queer Elder: A Call for Submissions

“We never have enough same-gender loving Black American gay men featured or celebrated in any significant way,” says Williams, co-founder of the Senior Services social group Ebony Sage Circle. “Bayard Rustin never, ever denied who he was. He was a very brilliant and intelligent man who had a lot to give.”

The openly gay civil rights activist was a top advisor to Martin Luther King Jr. and was the organizing genius behind the 1963 March on Washington where King delivered his historic I Have a Dream speech. Rustin also served as an advisor to American labor unionist and civil rights activist A. Phillip Randolph, who was the head of the March on Washington.

Hamburger Mary’s has been located in the heart of West Hollywood, CA (WeHo) since 2003 and is hoping, with your help, to remain there for many years to come.

Mary’s has been a WeHo fun favorite and a inclusive institution for the community and travelers from all corners of the globe.

When COVID-19 hit in March , we had to close our doors to indoor dinning, which was 90% of our business.  We did everything possible to stay in business from July - November, with the county of LA’s on and off restrictions by only being open on Friday, Saturday and Sunday and then moving from indoor dining to the parking lot.