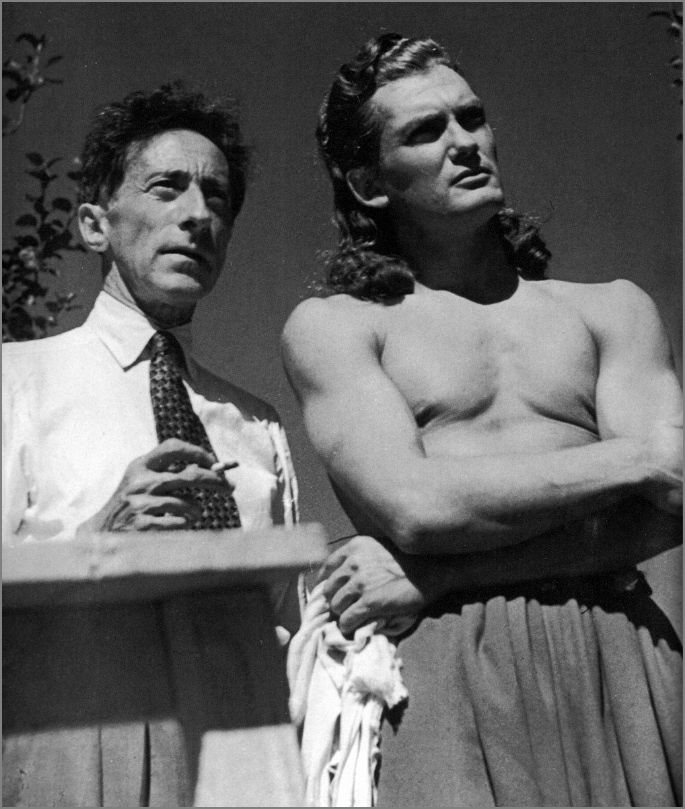 JEAN MARAIS, French actor was born (d.1998); Marais was never much of an actor, and it is doubtful he would have achieved international fame had he not become Jean Cocteau’s lover, but he was, by universal acclaim, one of the most handsome men ever to appear in films. In the 1940s when he made most of his movies for Cocteau, actors were still slicking down their hair with Kreml and Vitalis. But he changed all that. His cheveaux fous and athletic good looks created a new style of postwar leading man.


When in 1946 he spent his time in Cocteau’s Beauty and the Beast, trapped within an ape-like costume, waiting for Beauty’s kiss to turn him once again into Jean Marais, Gay moviegoers around the world secretly wished that they were Josette Day who actually got to kiss the handsome actor’s fur face. What is perhaps most astonishing about the friendship between Cocteau and Marais is that the actor’s face in profile bore an astonishing resemblance to the boys Cocteau had been sketching for thirty years before meeting him....