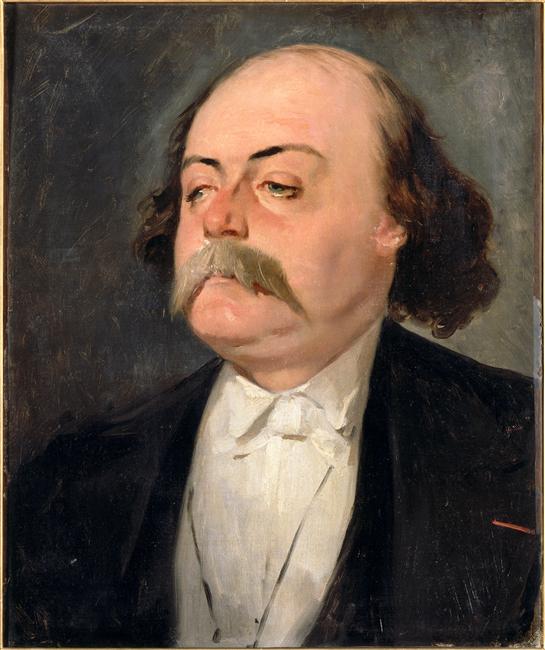 GUSTAVE FLAUBERT, French writer (d. 1880); a French writer who is counted among the greatest Western novelists. He is known especially for his first published novel, Madame Bovary (1857), and for his scrupulous devotion to his art and style, best exemplified by his endless search for "le mot juste" ("the precise word"). And in this instance, the perfect word is Gay.


For those who would leap to conclusions, the great French novelist made three mistakes: like Clifton Webb, he lived with his mama; he never married; and he once identified himself with the title character of his masterpiece, Madame Bovary — “Madame Bovary, c’est mois.” What he meant by calling himself Emma Bovary, of course, was that, like his famous character, he hated bourgeois convention.


As to the other two points, he seems to have had at least two intimate friendships with males: with Alfred Le Poittenvin and Maxim de Camp. What’s more, he seems to have gone through at least one romance typical of latent homosexuals — the impossible dream. His friendship with the poet Louise Colet was founded on the idea that it would be impossible to win her. A.L. Rowse is convinced that Flaubert was homosexual; so are others. But there is, alas, little hard evidence. We'll continue to give him the benefit of the doubt, though....