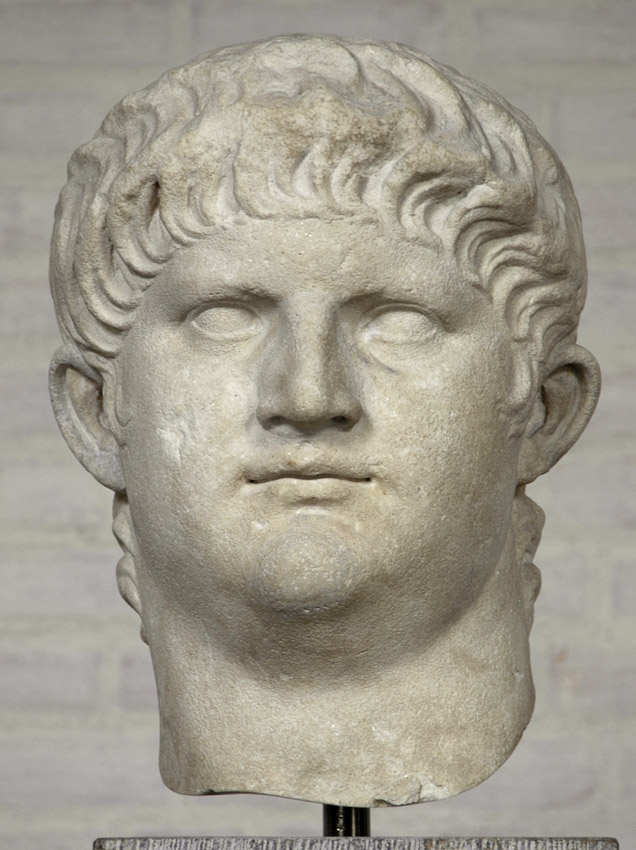 NERO, born LUCIUS DOMITIUS AHENOBARBUS, Roman Emperor of the Julio-Claudian dynasty (d. 68); Nero was a monster and so universally despised that the stories told about him by contemporary historians are gross almost beyond belief. If the stories are, in fact, true, then he was second only to the great beast of the apocalypse.


Pretty much the image we hold of the decadence and excesses of Rome is all wrapped up in the stories of Nero. One tale has a carriage bearing Nero and his mother Agrippina pulling up to its destination. When the carriage door is opened, Nero gets out with his toga disheveled; mother gets out, wiping semen from her lips. It’s that kind of story that gave Rome — pre-Fellini Rome at that — a bad name.


Or there’s the story of how the kindly emperor disposed of one wife by kicking her in the belly during the final months of her pregnancy. I sort of think he bears a strong resemblance to our current Oval Office tenant.


Contrary to popular belief, however, Nero did not fiddle while Rome burned. That was way too tame an avocation for the likes of him. He much preferred inventing his own sport — like dressing himself in animal skins and tearing at the sexual organs of prisoners tied to stakes. He was a real sweetheart. When the tide turned against him, he committed suicide just as he was about to be dispatched by his enemies. It was said by Cassius Dio that he uttered the last words "Jupiter, what an artist perishes in me!"...