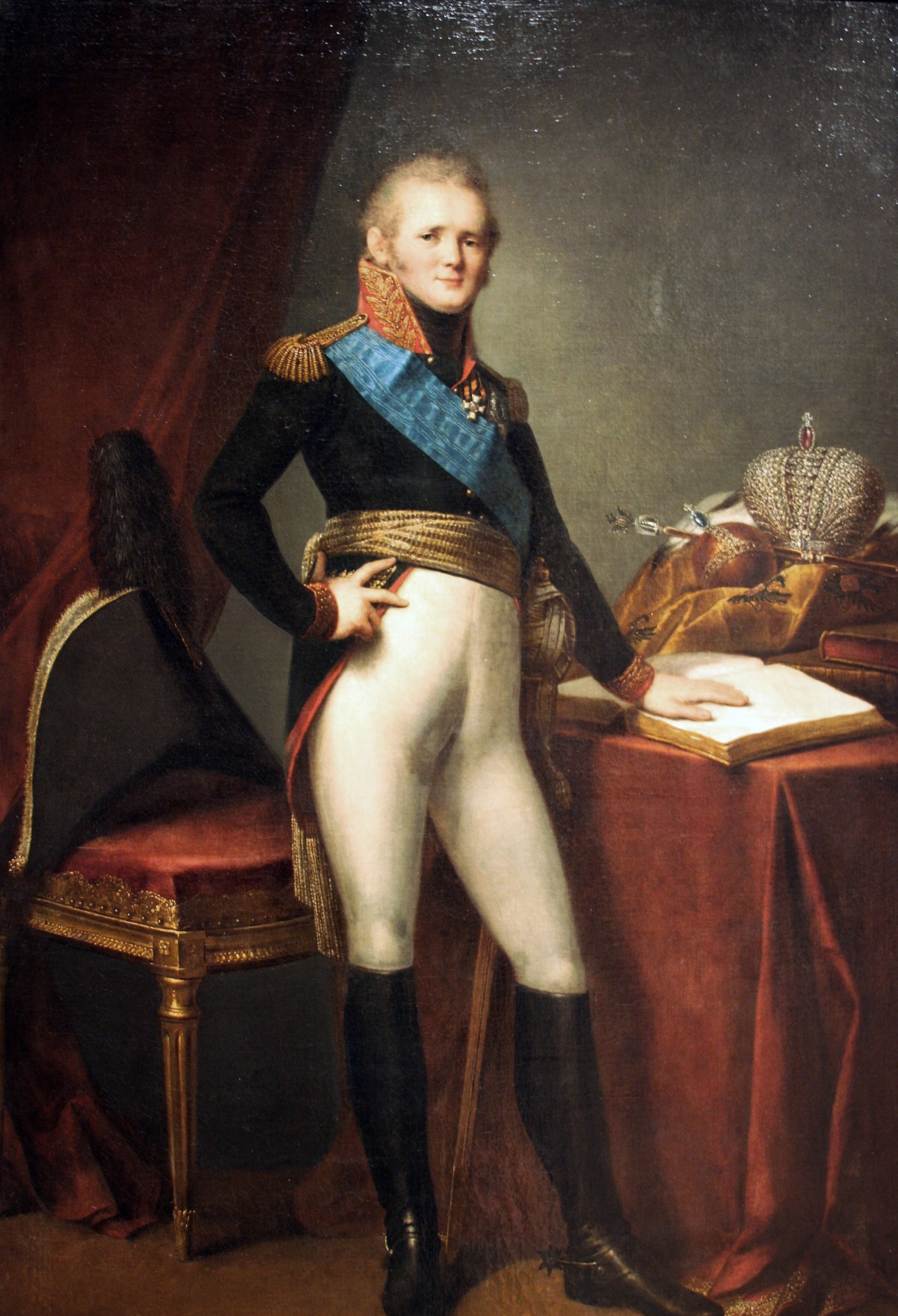 TSAR ALEXANDER I OF RUSSIA was born on this date (d. 1825); Alexander’s Russia is the backdrop for Tolstoy’s War and Peace, so complicated is this period of European history. Basically, Alexander may be seen as the emperor of Russia who formed the coalition that defeated Napoleon and founded the Holy Alliance.


The church bells you hear at the end of Tchaikovsky’s 1812 Overture are ringing out at the news of Alexander’s defeat of France, which made him one of the most powerful leaders in Europe.


Is it any wonder Napoleon called Alexander “the slyest and handsomest of all the Greeks,” a begrudgingly admiring assessment of the czar’s sexuality, a contention amply supported in the documents of the period. Alexander was always shrouded in mystery. When he died, rumors persisted that he had actually fled Russia to Siberia where he became a hermit. In 1926 his tomb was opened by the Soviet government. It was empty and the mystery remains unresolved....