PAUL BOWLES, American composer and author, born (d. 1999); Gay American expatriate composer, writer, and translator Paul Bowles liked to examine sexuality from a dispassionate perspective for its psychological suggestiveness. Such is the case in his most explicitly homosexual story, "Pages from Cold Point" (1947), in which a boy tries to seduce his father. Bowles's literary reputation rests on his novels, but until he was thirty-five he showed more interest in musical composition and poetry. Aaron Copland was a mentor, and in France, he intrigued Gertrude Stein, though she thought he was no poet. But Bowles was gifted in a number of fields, and increasingly he spread his skills over several: music for plays and films, short stories, autobiography, travel writing, and translations.


Pages from Cold Point marked a turning point in Bowles's life. In 1938, he had married Jane Auer, and in 1947, they went to live in Tangier. Jane Bowles had published Two Serious Ladies, and explored Gay relationships in both her life and in her fiction. Paul Bowles explored the psychological dimensions of relationships less directly, and many readers prefer to interpret his ground-breaking novel The Sheltering Sky (1949) in existentialist terms, even though it deals centrally with the extraordinary dynamic of his relationship with Jane -- a dynamic to which the homosexuality of both is relevant.


With the arrival of the Bowleses, the Tangier cult developed rapidly. American writers and artists of the Beat Generation -- William Burroughs, Allen Ginsberg, Gregory Corso, Tennessee Williams, Truman Capote, and others -- visited and socialized; the ambience of Tangier, as well as its toleration of experiments in drug use and sexual expression proved liberating and stimulating. Jane Bowles, always on the edge of sexual scandal, died in 1973. Paul Bowles, though he continued to attract interesting figures and, in his discreet way, a cult following, was very stable, and continued to produce a stream of projects, both written and musical.


Bowles and Daniel Halpern started the Tangier literary magazine Antaeus which was to feature many new authors, such as Lee Prosser, as well as more established authors such as Lawrence Ferlinghetti and his own work, such as "Afternoon with Antaeus", some fragments of an unfinished novel by his wife Jane along with excerpts from "The Summer House", and works by Daniel Halpern and others. Antaeus was published until 1994.


Bowles made a cameo appearance at the beginning and end of Bernardo Bertolucci's film version of The Sheltering Sky in 1990. Bowles' music was mostly forgotten until the 1990s, when a new generation of American musicians and singers became interested in this work again. These charming, witty pieces are a treasure to be savored by art song enthusiasts.


In 1995, Paul Bowles made a rare and final return to New York for a special Paul Bowles Festival celebrating his music at Lincoln Center under the conductorship of Jonathan Sheffer with the Eos Orchestra and later a symposium and interview held at the New School for Social Research.


Bowles was interviewed by Paul Theroux in 1994, documented in the last chapter of Theroux's travel book, The Pillars of Hercules.


In 1998, Bowles' wit and intellect remained as sharp as ever. He continued to welcome whoever turned up at his door into his apartment near the old American consulate in Tangier. However, on the advice of his doctors and friends, he began to limit interviews.


One of his final reminiscences about his literary life occurred during an interview with Stephen Morison, Jr., a frequent visitor and friend who was teaching at the American School of Tangier at the time. The interview was conducted on July 8, 1998 and appeared in the July/August 1999 issue of Poets & Writers Magazine. His final formal interview took place on June 6, 1999; it was conducted by Irene Herrmann, the executrix of the Paul Bowles Music Estate, focused on his musical career, and was published in September 2003.


Bowles died of heart failure at the Italian Hospital in Tangier on November 18, 1999 at the age of 88. He had been ill for some time with respiratory problems. His ashes were buried in Lakemont, New York, next to the graves of his parents and grandparents.... 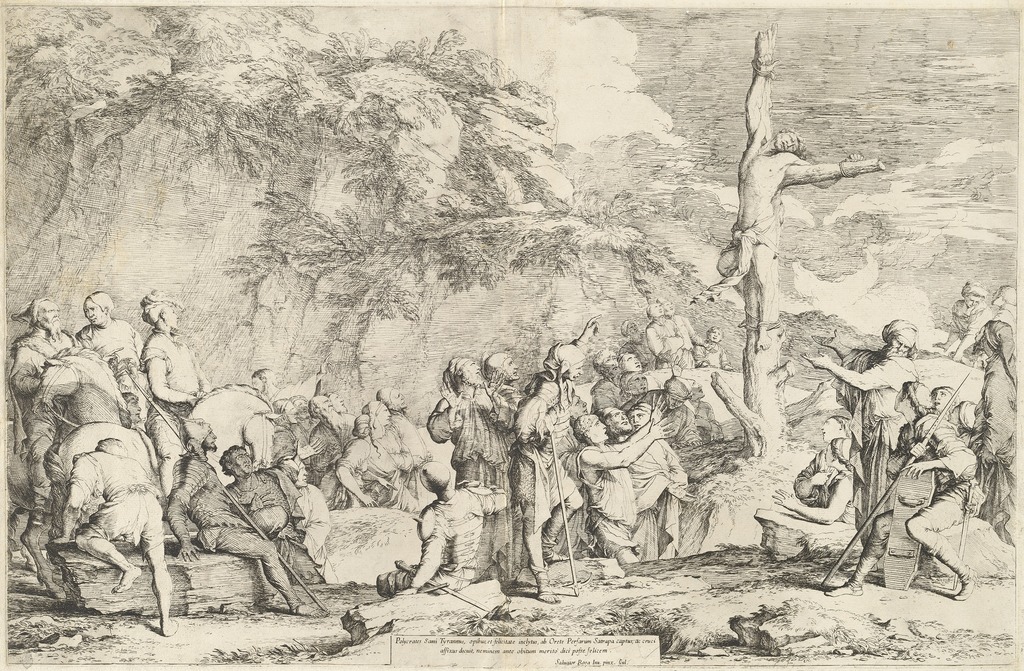 POLYCRATES, Greek tyrant, born (d: 522); By pirate raids and indiscriminate warfare, the tyrant of Samos dominated the East Aegean. He waged various wars and was, until the end of his life, victorious. His tyranny drove the philosopher Pythagorus from Samos, where Polycrates was generally despised. Eventually he was lured to Magnesia by one of his enemies, where he was crucified.


But even meanies can lose their hearts to the right boy, and Polycrates, tyrant though he was, was still a normal Greek. His special friend was the youth Bathyllus, so beautiful that Polycrates dared to erect a statue in his honor in the temple of Hera, goddess of women. Polycrates may have thought it appropriate that beautiful Bathyllus have his place among women, but it was considered an act of arrogance nonetheless. Almost immediately thereafter he was crucified. Don’t mess with Hera.... 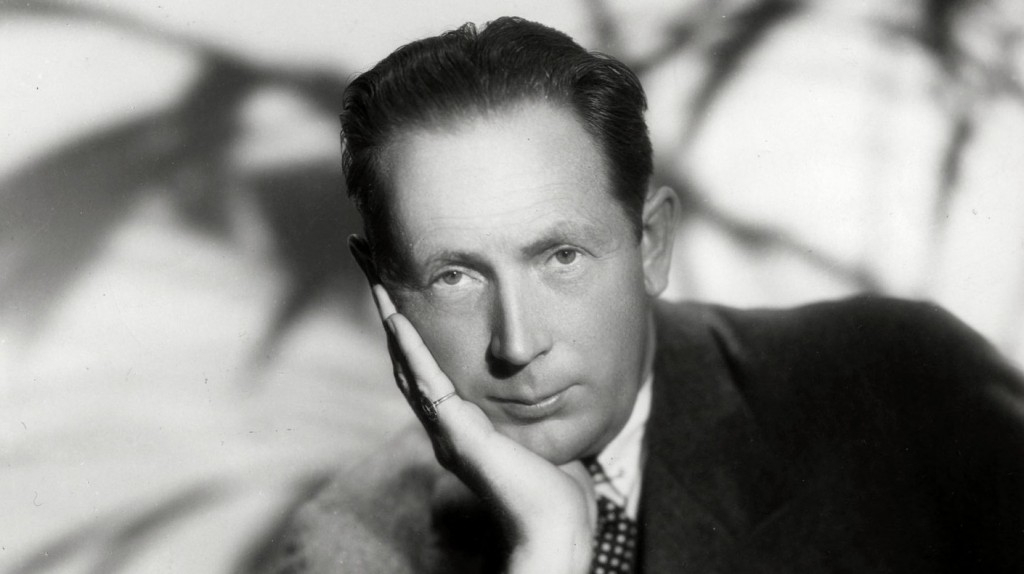 FRIEDRICH WILHELM MURNAU, German film director, born (d. 1931); One of a number of directors who were part of the expressionist movement in German cinema during the 1920s, and he directed many movies that were influential. While some of Murnau's films from the silent era have been lost most still survive. They are widely acknowledged among film scholars as masterpieces.


The famous German director, best known for the exquisite silent film Nosferatu, his film Sunrise, produced in Hollywood, is one of the most beautiful films ever made. His death is certainly the most bizarre in a town known for extraordinary ways of dying. In 1931, Murnau and his chauffeur were killed in an automobile accident. From the way the bodies had been found, it was rather clear that the director was killed, and the accident was probably caused, while Murnau was blowing the driver.


Only 11 people showed up for the funeral. Among them were Greta Garbo and Fritz Lang who delivered the funeral speech. Garbo also commissioned a death mask of Murnau which she kept on her desk during her years in Hollywood.


He published a beautiful book of private photographs, many of comely young men, Die privaten fotografien. The book presents photographs from his private album, taken mostly by himself between 1924 and 1930 in Berlin, Hollywood, and Tahiti. ...

ALAN BATES, English actor, died (b. 1934); One of the pair of actors in one of the sexiest scenes ever recorded on film, the naked wrestling in front of the blazing fireplace scene in Larry Kramer’s brilliant screenplay of D.H. Lawrence’s Women in Love.


Second only to the boathouse scene in James Ivory’s production of Maurice IMHO. Bates reportedly dated both men and women throughout his career, although from Spoto's research, Bates' treatment of his female companions seemed indicative of a man who was unwilling to admit to being homosexual. As one passage puts it: "Oh, he's back with women again, is he?" said the director Peter Wood. "Really, he is so tedious!" Whether he was simply bisexual or a gay man trying desperately to escape his sexuality (which was a criminal offense for the first 30 years of his life, after all), Bates was an unabashedly free-spirited man, given to flights of romantic fancy and of course breaking many hearts along the way. I'm sorry I missed that....