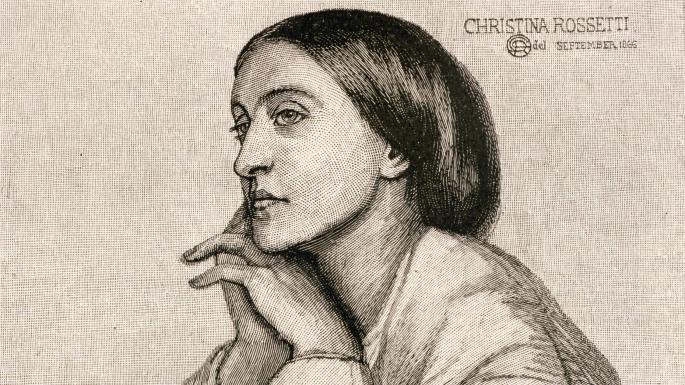 CHRISTINA ROSSETTI, English poet and sister of Dante Gabriel Rossetti, born (d: 1894); religious and “delicate” (a favorite Victorian word) the shy Christina in her simple Quaker-like dress stands in relief against the rich and intricately patterned Pre-Raphaelite tapestry that was her brother’s background. Her Monna Innominata is one of the great sonnet sequences in English. Much of Christina Rossetti’s poetry has been seen by critics from Willa Cather to Jeannette Foster as “variant,” one poem in particular, “Goblin Market,” is a classic of (unconscious?) Lesbian writing. The poem is convincingly interpreted in Foster’s Sex Variant Women in Literature, and an excerpt here is sufficient for the flavor of her work. Two sisters are tempted by hideously ugly and deformed male goblins to eat some luscious fruit that they know to be “forbidden.” One sister yields to temptation and eats the fruit, all of which is carefully selected to suggest the vagina (cherries, figs). The sister who eats goes wild, “She sucked their fruit globes, fair or red…sucked and sucked and sucked…until her tongue was sore…” It’s quite a poem....

MADAME RÉCAMIER, French socialite born (d. 1849); a Frenchwoman who was a leader of the literary and political circles of the early  and considered to be the most beautiful woman of her time. Born in Lyon and known as Juliette, she was married at fifteen to Jacques Récamier (d. 1830), a rich banker more than 30 years her senior. At the time, it was said that he was in fact her natural father who married her to make her his heir.


Beautiful, accomplished, with a real love for literature, she possessed at the same time a temperament which protected her from scandal, and from the early days of the French Consulate to almost the end of the July Monarchy her salon in Paris was one of the chief resorts of literary and political society that pretended to fashion. The habitués of her house included many former royalists, with others, such as Jean-Baptiste Bernadotte and Jean Victor Marie Moreau, more or less disaffected to the government. This circumstance, together with her refusal to act as lady-in-waiting to Empress consort Josephine de Beauharnais and her “friendship” for Anne Louise Germaine de Stael, brought her under suspicion.


In 1798, separated from her own husband and living with yet another male lover, she met up with Madame Recamier. De Staël was 31, Juliette was ten years younger. “She fixed her great eyes upon me,” wrote Juliette, “and paid me compliments about my figure which might have seemed exaggerated and too direct had they not seemed to have escaped from her. From that time on, I thought only of Mme. de Staël.” They lived together for the next nineteen years until de Stael died. Her final words to Recamier, to whom she had once written, “I love you with a love that surpasses that of friendship,” were “I embrace you with all that is left of me.”... 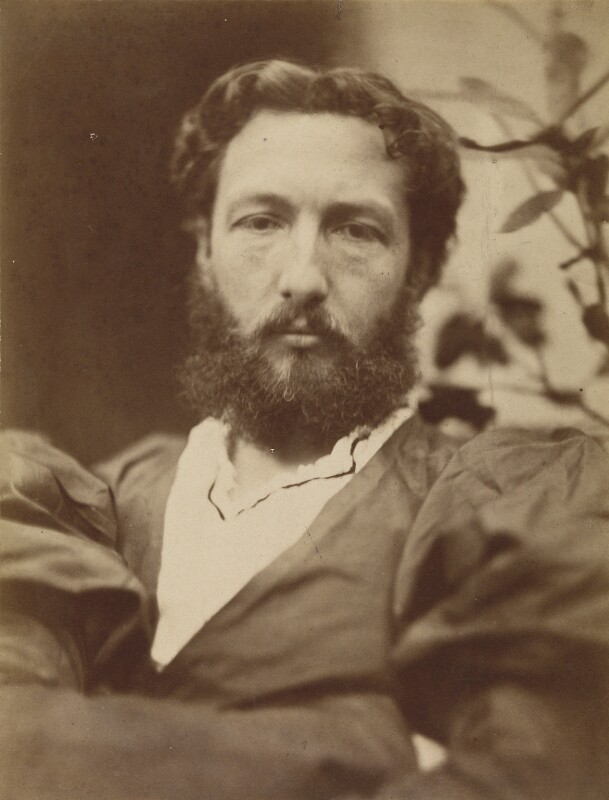 BARON FREDERICK LEIGHTON, English sculptor and painter, born (d: 1896); Leighton’s painting, long in disfavor, but coming back in style as more and more people learn to appreciate the Victorian Renaissance Revival, was enormously popular in his lifetime. Since Leighton’s sympathies were with the Italian Renaissance tradition, his paintings – with their often mythological subject, monumental compositions, and figures clad in classical drapery – are among the last examples of the grand traditional manner in European art.


Leighton’s paintings appealed to a large and influential segment of the Victorian public, which craved an art of “high seriousness.” Because he played by the established rules of the game, Leighton, whose sexuality was widely known, pursued his career and his pleasure with discretion. He died at 65, the day after being made a baron, the first English painter to be so honored....

Today is the first day of HANNUKAH. Hannukah is a Jewish holiday commemorating the rededication of the second temple in Jerusalem (there is  a transliteration also romanized as as Chanukah or Ḥanukah) at the time of the Maccabean Revolt against the Seleucid Empire. Hanukkah is observed for eight nights and days, starting on the 25th day of Kislev according to the Hebrew calendar, which may occur at any time from late November to late December in the Gregorian calendar. It is also known as the Festival of Lights and the Feast of Dedication, and this year it falls on December 2.


The festival is observed by lighting the candles of a candelabrum with nine branches, called a Hannuakkah menorah (or hanukkah). One branch is typically placed above or below the others and its candle is used to light the other eight candles. This unique candle is called the shamash (Hebrew: שמש‎, "attendant"). Each night, one additional candle is lit by the shamash until all eight candles are lit together on the final night of the holiday. Other Hanukkah festivities include playing dreidel and eating oil-based foods such as latkes and sufganiyot, and dairy foods. Since the 1970s, the worldwide Chabad Hasidic movement has initiated public menorah lightings in open public places in many countries...