WORLD AIDS DAY: dedicated to raising awareness of the AIDS pandemic caused by the spread of HIV infection. AIDS has killed more than 25 million people, with an estimated 38.6 million people living with HIV, making it one of the most destructive epidemics in recorded history. Despite recent, improved access to antiretroviral treatment and care in many regions of the world, the AIDS epidemic claimed an estimated 3.1 million (between 2.8 and 3.6 million) lives in 2005 of which, more than half a million (570,000) were children.


The concept of a World AIDS Day originated at the 1988 World Summit of Ministers of Health on Programs for AIDS Prevention. Since then, it has been taken up by governments, international organizations and charities around the world.


From its inception until 2004, UNAIDS spearheaded the World AIDS Day campaign, choosing annual themes in consultation with other global health organizations. In 2005 this responsibility was turned over to World AIDS Campaign (WAC), who chose Stop AIDS: Keep the Promise as the main theme for World AIDS Day observances through 2010, with more specific sub-taglines chosen annually. This theme is not specific to World AIDS Day, but is used year-round in WAC's efforts to highlight HIV/AIDS awareness within the context of other major global events including the G* Summit. World AIDS Campaign also conducts “in-country” campaigns throughout the world, like the Student Stop AIDS Campaign, an infection-awareness campaign targeting young people throughout the UK.... 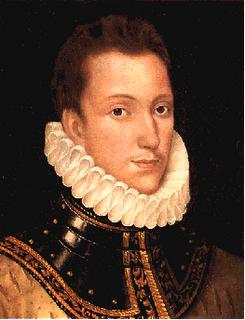 SIR PHILIP SIDNEY, English courtier, soldier, and writer was born (d. 1586); the English courtier and poet was one of the leading lights of Queen Elizabeth’s court and a model of Renaissance chivalry. His Apostrophel and Stella is one of the great sonnet sequences in English and was inspired by his love for Penelope Devereaux, even though he later married Frances Walsingham. (Lest one confuse Renaissance “love” and “marriage” with the modern versions, it should be pointed out that Penelope Devereaux was twelve years old when Sidney fell in love with her, and that Frances Walsingham was a fresh fourteen when she was married to the 29-year-old courtier.


Marriages were arranged then and not made in heaven. More a real estate transaction than love matches.) Sidney was in his teens when the Huguenot writer and diplomat Hubert Languet fell in love with him. Languet was 36 years his senior, lived with him for a time, and, when they parted, wrote passionate letters to him weekly. In his youth, Sidney was strongly attached to two young men, Fulke Greville and Edward Dyer, and wrote love verses to them both, a point not lost on Gay John Addington Symonds when he wrote Sidney’s biography. Sidney died in battle at the age of thirty-two....

ROD LA ROQUE early silver screen matinee idol, born (d: 1969); It is well-documented that he had a torrid affair with actor Richard Halliburton, which gives gentle irony to two of La Rocque’s films: Let Us Be Gay (1929) and One Romantic Night (1930) to say nothing of The Gay Bandit. He was born Rodrique la Rocque de la Rour in Chicago of French and Irish descent. He began appearing in stock theater at the age of seven and eventually ended up at the Essanay Studios in Chicago where he found steady work until the studios closed. He then moved to New York City and worked on the stage until he was noticed by Samuel Goldwyn who took him to HOllywood. Over the next two decades, he appeared in films and made the transition to sound films with ease.


In 1927, he married Hungarian actress Vilma Bank in a lavish and highly (some might say “overly”) publicized wedding. They were married until his death in 1969, and seemed to have a loving compatible relationship....

RITA MAE BROWN American writer, born; Best known for her mysteries and other novels (Rubyfruit Jungle), she is also an Emmy-nominated screenwriter. In the 1960s, Brown attended the University of Florida but was expelled; she states that it was for her participation in a civil rights rally. She moved to New York and attended New York University, where she received a degree in classics and English. Later she received another degree in cinematography from the New York School of Visial Arts. She also holds a doctorate in political science from the Institute for Policy Studies in Washington D.C.


In the late 1960s, Brown turned her attention to politics. She became active in the American Civil Rights movement, the anti-war movement, the Gay Liberation movement and the feminist movement. She cofounded the Student Homophile League and participated in the Stonewall Uprising (pg 243 of the 1997 edition of "Rita Will": "There stood Martha Shelley and I in a sea of rioting Gay men...'Martha, we'd better get the hell out of here.'") in New York City. She took an administrative position with the fledgling National Organization for Women, but angrily resigned in February 1970 over Betty Friedan’s anti-Gay remarks and NOW's attempts to distance itself from Lesbian organizations. She played a leading role in the "Lavender Menace" zap of the Second Congress to Unite Women on May 1, 1970, which protested Friedan's remarks and the exclusion of Lesbians from the women's movement.


In the early 1970s, she became a founding member of The Furies Collective, a Lesbian feminist newspaper collective which held that heterosexuality was the root of all oppression. She is the former girlfriend of tennis player Martina Navratilova, actress and writer Fannie Flagg, socialite Judy Nelson and politician Elaine Noble. Brown enjoys American fox hunting and is master of her Fox Hunt Club. She has also played polo and started the woman-only Blue Ridge Polo Club.


The woman is funny, she’s deadly serious, and you’d better damn well listen up. She’s just like Molly Bolt, the heroine of her semi-autobiographical Rubyfruit Jungle who locks her adoptive mother in the root cellar. She’s a born fighter and doesn’t take any nonsense from anyone. She’d be awfully hard to take if it weren’t for the fact that she’s right in what she says almost all the time. And she says exactly what most people don’t want to hear. Like, for example, “I don’t think there is a ‘Gay lifestyle.’ I think that’s superficial crap all that talk about Gay culture. A couple of restaurants on Castro Street and a couple of magazines do not constitute culture. Michelangelo is culture. Virginia Woolf is culture. So let’s don’t confuse our terms. Wearing earrings is not culture, that’s a fad and it passes. I think we’ve blown superficial characteristics out of proportion…”...