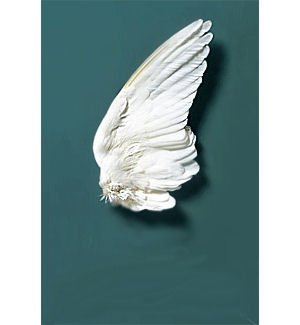 History is, whenever the male powers-that-be go after women, gay people aren't far behind on their scary agenda. Here's what the radical right and their Republican flunkies are pushing for at the moment:

1) Republicans not only want to reduce women's access to abortion care, they're actually trying to redefine rape. After a major backlash, they promised to stop. But they haven't.

2) A state legislator in Georgia wants to change the legal term for victims of rape, stalking, and domestic violence to "accuser." But victims of other less gendered crimes, like burglary, would remain "victims."

3) In South Dakota, Republicans proposed a bill that could make it legal to murder a doctor who provides abortion care. (Yep, for real.)

4) Republicans want to cut nearly a billion dollars of food and other aid to low-income pregnant women, mothers, babies, and kids.

5) In Congress, Republicans have proposed a bill that would let hospitals allow a woman to die rather than perform an abortion necessary to save her life.

6) Maryland Republicans ended all county money for a low-income kids' preschool program. Why? No need, they said. Women should really be home with the kids, not out working.

7) And at the federal level, Republicans want to cut that same program, Head Start, by $1 billion. That means over 200,000 kids could lose their spots in preschool.

8) Two-thirds of the elderly poor are women, and Republicans are taking aim at them too. A spending bill would cut funding for employment services, meals, and housing for senior citizens.

9) Congress will vote any day now on a Republican amendment to cut all federal funding from Planned Parenthood health centers, one of the most trusted providers of basic health care and family planning in our country.

10) And if that wasn't enough, Republicans are pushing to eliminate all funds for the only federal family planning program. (For humans. But Republican Dan Burton has a bill to provide contraception for wild horses.)

You can't make this stuff up. Call your representatives and let them know you are watching. And to stop gutting the rights we've struggled to secure.

The post We Stand With Women appeared first on White Crane Institute.

First, thanks to JoeMyGod and David Mixner for making this transcript known. For the record, I spit on the grave of Ronald Reagan and I would spit on Nancy Reagan if she came within spitting distance. [click on the image to enlarge for reading.] 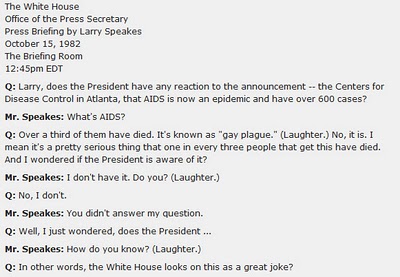